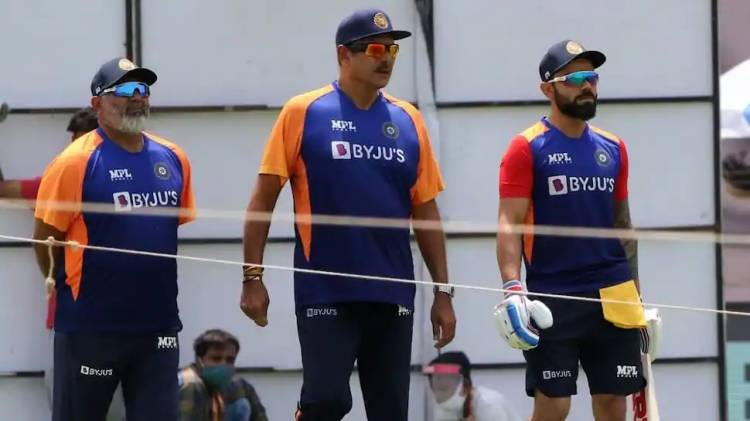 It was like an end of an era for Team India as Virat Kohli ended his 50-game stint as the T20 captain while head coach Ravi Shastri along with bowling coach Bharat Arun and fielding coach R. Sridhar ended their coaching stints with the team. Although the last game ended in a win over Namibia on Monday (November 8) but the ICC T20 World Cup 2021 still ended in disappointment as Kohli’s side crashed out before the last four stage after back-to-back defeats in their first two games against Pakistan and New Zealand.

Kohli took to social media on Wednesday (November 10) morning and paid his tributes to the outgoing Indian support staff. “Thank you for all the memories and the amazing journey we've had as a team with you all. Your contribution has been immense and will always be remembered in Indian cricket history. Wish you the best moving forward in life. Until next time,” Kohli wrote.

Kohli had led the Indian side for the last time in T20Is as the Men in Blue registered a thumping win over Namibia to sign off the ongoing T20 World Cup with a victory.

“Relief firstly (on leaving T20I captaincy). It's been an honor but things need to be kept at the right perspective. I felt this was the right time to manage my workload. It's been six or seven years of heavy workload and there is a lot of pressure. The guys have been fantastic, I know we haven't got the results here but we have played some really good cricket,” said Kohli after the game against Namibia.

“The guys have really made my work easier. The way we played the last three games, it’s a game of margins -- T20 cricket these days. Two overs of attacking cricket at the top is what we were missing in the first two games. As I said, we weren’t brave enough in those games, and in the group we were in, it was tough,” he added

Former India skipper Rahul Dravid has been appointed head coach of the senior side and he will take over the reins from Ravi Shastri after the T20 World Cup.

Will decide on Thursday if coronavirus outbreak in China is a global health...