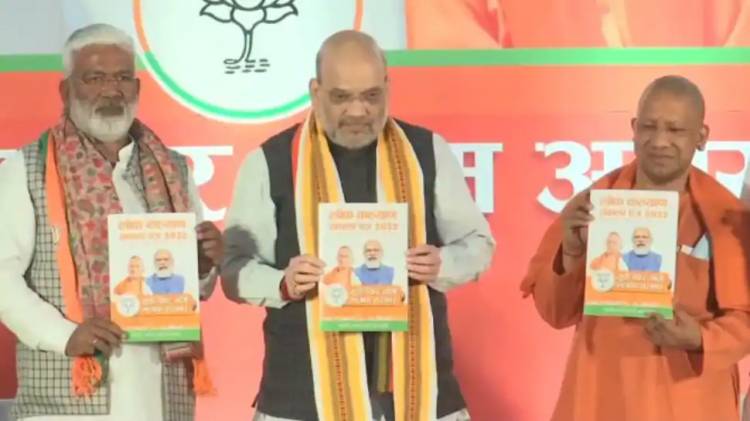 The Bharatiya Janata Party's manifesto for the upcoming Uttar Pradesh Assembly polls was released in the presence of UP CM Yogi Adityanath and state BJP president Swatantra Dev Singh.

The release of BJP's manifesto 'Lok Kalyan Sankalp Patra' was postponed as a mark of respect to the legendary singer Lata Mangeshkar, who died of multi-organ failure on Sunday at the age of 92.

Earlier in the 2017 Assembly elections, the saffron party had won a landslide victory, winning 312 Assembly seats. It had secured a 39.67 per cent vote share in the elections for 403-member Assembly. Akhilesh Yadav's Samajwadi Party (SP) had bagged 47 seats, Mayawati's Bahujan Samaj Party (BSP) had won 19 while Congress could manage to win only seven seats.

Maha Shivratri 2020: Know why we celebrate the auspicious festival

Agnipath Protests: 'Do you want to make Agniveer or Jaativeer?', AAP MP...