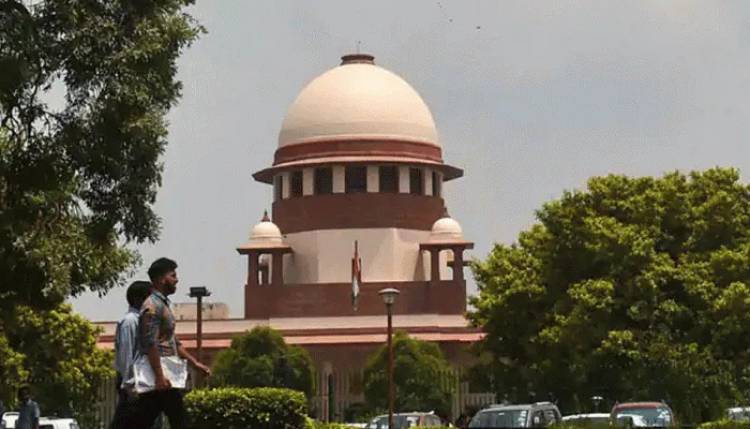 SC on freebies: The top court said that the announcement and distribution of freebies by political parties is “a serious issue” and this culture needs to stop.

NEW DELHI: The Supreme Court on Thursday made a strong observation on the culture of political parties announcing ''freebies'' during the election season to lure voters and said that it is causing a ''big loss to the country's economy.'' The top court said that the announcement and distribution of freebies by political parties is “a serious issue” and this culture needs to stop. While calling for a balance between people's welfare schemes and freebies, the top court stressed that the entire amount should be spent on developing the infrastructure.

The Supreme Court made these observations while hearing a PIL filed by lawyer Ashwini Upadhyay, seeking a ban on political parties promising ‘freebies’ to lure voters in the run-up to elections. The plea asked for steps to be taken to regulate poll manifesto and make political parties accountable for promises made therein.

“Nobody says it is not an issue. It is a serious issue. Those who are getting they want it and ours is a welfare state. Some may say that they are paying taxes and it has to be used for the developmental process. So it's a serious issue. So both side has to be heard by the committee,” Chief Justice of India NV Ramana.

The CJI further noted that India is a country “where there is poverty and the central government also has plans to feed the hungry” and then posted the matter for the next hearing on August 17.

Here's what the Centre says on freebies

EC refuses to be part of SC panel on freebies

The Election Commission had on Wednesday told the Supreme Court that it welcomed the suggestion of setting up an expert panel to brainstorm the issue of freebies announced during elections, but it being a constitutional authority, be not made part of it which may have some government bodies.

Prime Minister Narendra Modi has earlier said that ''selfish announcements of freebies'' will prevent the country from becoming self-reliant, increase the burden on honest taxpayers and prevent investment in new technologies.

The PM made these remarks while inaugurating the second generation (2G) ethanol plant in Panipat via video conferencing on World Biofuel Day on Wednesday. He said that the facility will be able to dispose of the stubble without burning it.

"Selfish announcements of freebies will prevent the country from becoming self-reliant, increase the burden on honest taxpayers and prevent investment in new technologies," he added. The Prime Minister also said that in the next few years, more than 75 per cent of the households in the country will get piped gas.

The Prime Minister said that if there is selfishness in politics, then anyone can come and announce to give free petrol and diesel. Such steps will take away the rights of children, and prevent the country from becoming self-reliant.

Due to such selfish policies, the burden on honest taxpayers of the country will also increase, the PM remarked. To deal with the challenges that the country is facing, it needs clear intentions, extreme hard work, policy and huge investments.