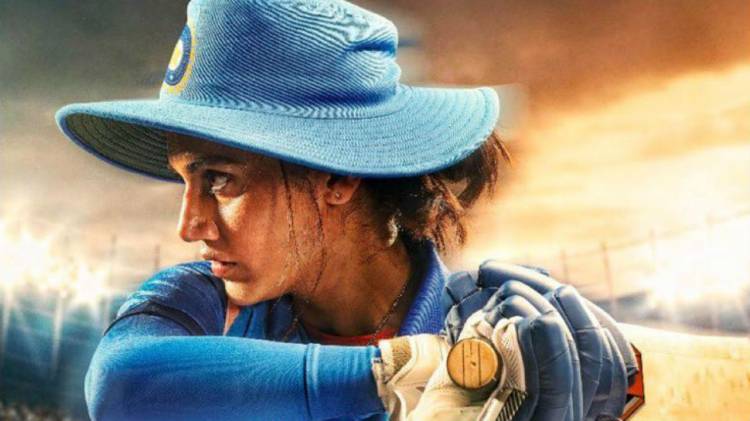 'Shabaash Mithu' first look: Taapsee Pannu plays Mithali Raj in 'Shabaash Mithu'. The poster features her playing cricket in a stadium in the blue jersey and she sports an intense expression.

New Delhi: Finally, here it is! Actress Taapsee Pannu on Wednesday dropped the first look of her forthcoming film 'Shabaash Mithu', a biopic on Indian women cricketer Mithali Raj. Taapsee plays Mithali in the film. The poster features the actress playing cricket in a stadium in the blue jersey and she sports an intense expression.

Sharing her first look as Mithali Raj from 'Shabaash Mithu', Taapsee wrote, "'I have always been asked who's your favourite male cricketer but you should ask them who their favourite female cricketer is.' The statement that made every cricket lover pause and introspect that do they love the game or the gender playing it. Skipper, you will be the ultimate 'Game Changer'."

Earlier on Tuesday, Taapsee announced that the first look of 'Shabaash Mithu' will be unveiled soon. She wrote, "Keep watching this space for first of its kind… for the first time ever… coz there won’t be another #MithaliRaj #ShabaashMithu #ComingSoon."

'Shabaash Mithu' is directed by Rahul Dholakia of 'Raees' fame.

Will be content only after death sentence is issued: Nirbhaya's parents...