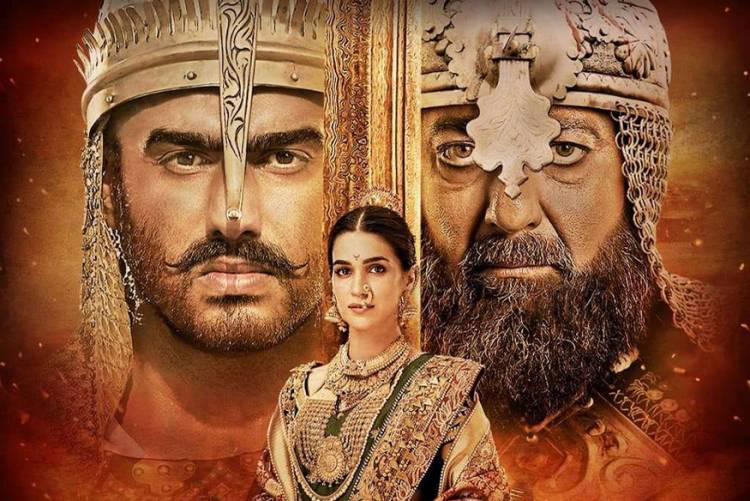 'Panipat' ultimately is overlong and unwieldly. Filmmaker Ashutosh Gowariker can’t seem to recreate the magic of his finest films.

Every few years it takes an Ashutosh Gowariker film to appreciate the concept and the existence of the interval in Hindi cinema. Gowariker’s track record with the success of his films has been uneven, but what’s been consistent is his inability to pare them down to a reasonable length. His latest, Panipat, could well be among his shortest at a bladder-bursting 2 hours and 53 minutes.

This film focuses on the third battle of Panipat waged between the Marathas and the Afghans, in which thousands of soldiers are believed to have died. It is significant also because it’s one of those films about a war in which we’re on the side of the vanquished.

Few Hindi filmmakers are as fascinated with the past as Gowariker, and his passion for the subject at hand is ever so visible. But Panipat is also a lumbering epic. The script is dense, packed with too much information, too much research, and too many details. Every alliance, every betrayal, every strategy is dutifully and painstakingly documented…with an emphasis on pain.

Arjun Kapoor stars as Sadashivrao Bhau who leads the Marathas into battle against the marauding Afghans, who in turn are led by Ahmad Shah Abdali (Sanjay Dutt). It is the story of great valour and courage, of strategy, and ultimately of sacrifice. The film’s agenda is clear – to celebrate the spirit of the great Marathas – and there are plenty rousing speeches to highlight that. But despite the unmistakable hyper-nationalistic tonality, Panipat doesn’t have the slickness of a film like 300, or the kinetic energy of Uri: The Surgical Strike. In fact it has all the excitement of a history lesson from your school textbook.

Scripted from a combination of research and imagination, the film takes many creative liberties, one of which deserves special mention. There’s very little in history about Parvati Bai, Sadashivrao’s wife, played in the film by Kriti Sanon. Gowariker and his co-writers take the decision to flesh her out as a woman with agency. So Parvati Bai accompanies her husband and the troops on the road, she offers to initiate talks with a reluctant ruler whose support the Marathas need, she is her husband’s bouncing board, and a true ally. Kriti realises the character nicely, even if her styling appears a bit modern for those times.

The men are let down by the stilted writing. You don’t get a sense of what’s going on in their heads or hearts beyond the obvious, so they never feel like fully carved out characters. Arjun Kapoor and Sanjay Dutt fill out their costumes, and deliver their lines, but we’re never able to pierce beyond their armour to get a glimpse of the vulnerability of these stony faced men going into battle.

There is no doubt over the commitment and the effort that’s gone into crafting this film. Everywhere you look there are handsome sets, elaborate costumes, busy CGI battle scenes, and immaculate detail. The problem is they’re all in service of a plodding script that seldom rises above its own shortcomings. The film’s first half feels especially dry, but it gathers momentum post interval. The war scenes are impressive but never spectacular.

Panipat ultimately is overlong and unwieldly. It may have its heart in the right place but its other organs are all over the place. Gowariker, who kept us engaged and invested through 3 hours and 40 minutes of Lagaan, or even through the genteel romance of Jodhaa Akbar, can’t seem to recreate the magic of his finest films. I’m going with a generous two out of five for Panipat. You come out feeling like you’ve survived war…just about.