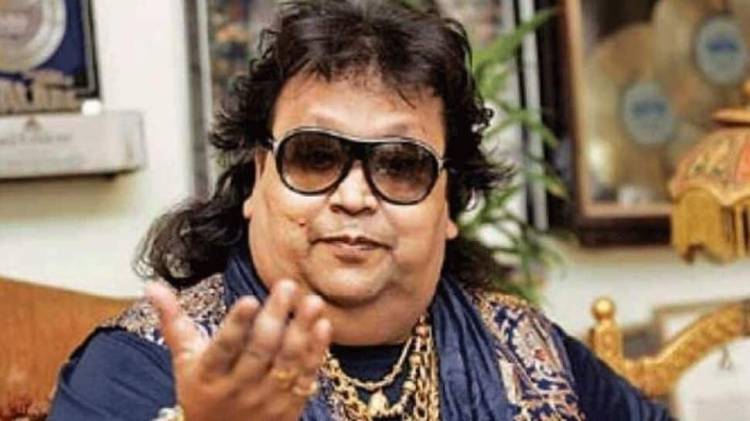 Goodbye Bappi Lahiri! Everything about the Golden singer-composer who rewrote Bollywood music

The singer-composer, a familiar figure for many with his trademark gold chains that he wore for luck and his sunglasses, has been known for popularising the use of synthesized disco music in Indian cinema.

Mumbai: It's an end of an era as Bappi Lahiri, who popularised disco music in India in the 80s and 90s, passed away on Tuesday night, following multiple health issues.

Lahiri died on Tuesday night at the CritiCare Hospital in Juhu at the age of 69. "Lahiri had been admitted to the hospital for a month and was discharged on Monday. But his health deteriorated on Tuesday and his family called for a doctor to visit their home. He was brought to the hospital. He had multiple health issues. He died due to OSA (obstructive sleep apnea) shortly before midnight," Dr Deepak Namjoshi, director of the hospital, told PTI.

The singer-composer, a familiar figure for many with his trademark gold chains that he wore for luck and his sunglasses, has been known for popularising the use of synthesized disco music in Indian cinema. Some of his blockbusters in the 1980s and 1990s included soundtracks such as Disco Dancer, Sharaabi, Namak Halaal, Dance Dance, Commando, Sailaab, Saheb, among others. Lahiri also sang some of his own compositions. the first Hindi film for which he composed music was Nanha Shikari (1973) while his last Bollywood song was 'Bhankas' for the 2020 film 'Baaghi 3'.

Lahiri was born into a Bengali family in Jalpaiguri, to Aparesh Lahiri and Bansuri Lahiri. His parents were both Bengali classical musicians and he followed in his parents' footsteps. He leart to play Tabla at the age of 3. He had delivered major box office successes in Bengali films, the most iconic being Amar Sangee, Asha O Bhalobasha, Aamar Tumi, Amar Prem, among others. Lahiri got his first opportunity to score music in a Bengali film, Daadu (1972)

In his long illustrious career, Lahiri had worked with singers across generations, including Mohammed Rafi, Kishore Kumar, Lata Mangeshkar, Asha Bhosle, Alisha Chinai and Usha Uthup. He continued working through the 1990s when he provided music for the Prakash Mehra produced 'Dalal' which starred Mithun Chakraborty.

Bappi Lahiri also tried his luck in politics. He was a BJP candidate from Srerampur (Lok Sabha constituency) in 2014 and he would sing his hit numbers like ‘Ooh la la la’ and ‘I am a disco dancer’ during his poll campaign, to seek votes.

Lahiri was also related to iconic singer Kishore Kumar. The latter was his maternal uncle. Kishore Kumar and Bappi Lahiri have also collaborated several times as professionals throughout their career. One of Lahiri's most memorable songs with Kishore Kumar is Pag Ghunghroo Bandh from the classic movie Namak Halaal.

Jyotiraditya Scindia was not sidelined in Congress, wish him well under...