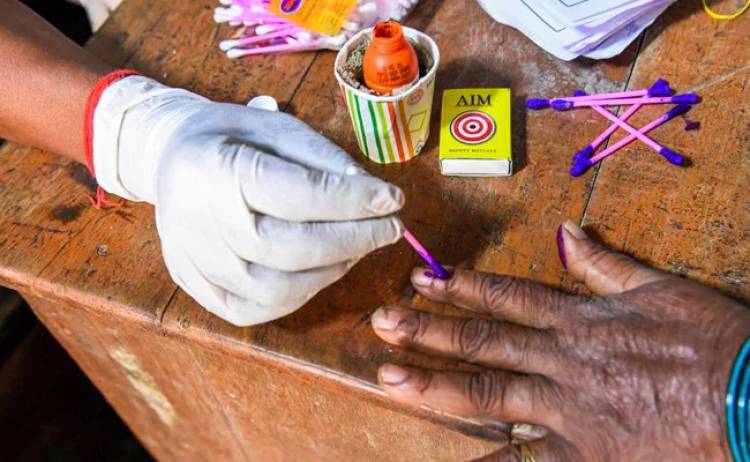 Gujarat Local Body Election Results 2021: Of a total of 8,474 seats involved, elections were held on 8,235 seats while the rest were unopposed.

Gujarat Local Body Polls Results 2021: The BJP hopes to continue its good run ahead of the 2022 polls

The ruling BJP headed for a big win once again in Gujarat local polls, winning 2,085 of 8,474 seats across various municipalities that voted on Sunday and establishing a wide gap with closest rival Congress. Arvind Kejriwal's Aam Aadmi Party (AAP) took up from where it left last week, scoring again on its debut with 15 seats.

Continuing its good run in Prime Minister Narendra Modi's home state, where elections are due next year, the BJP surged ahead in 67 of 81 municipalities, with the Congress gaining in seven and AAP ahead in one.

AAP has won is ahead in some district panchayat seats in Bhavnagar and Amreli.

Of a total of 8,474 seats involved, elections were held on 8,235 seats while the rest were unopposed.

Last week, the BJP swept polls across six key municipal corporations of Ahmedabad, Surat, Rajkot, Vadodara, Bhavnagar and Jamnagar, winning 483 of 576 seats. AAP registered its presence in Surat by winning 27 seats at the cost of the Congress, which failed to win any in that town.

Arvind Kejriwal, reveling in AAP's performance, indicated that he was prepping his party for the 2022 Gujarat assembly elections.

On his victory trip to Surat on Thursday, Mr Kejriwal said AAP would seek votes from the people of the state in the next assembly polls based on the performance of the party's 27 newly-elected corporators.

The Gujarat BJP sought to give the AAP chief a reality check. State BJP chief CR Patil jibed that Mr Kejriwal was holding a roadshow to celebrate the large number of AAP candidates who had lost their election deposits - forfeited when a candidate fails to get one-sixth of the total valid votes.

Modi and Shah are experts in rioting, whole country knows their history:...